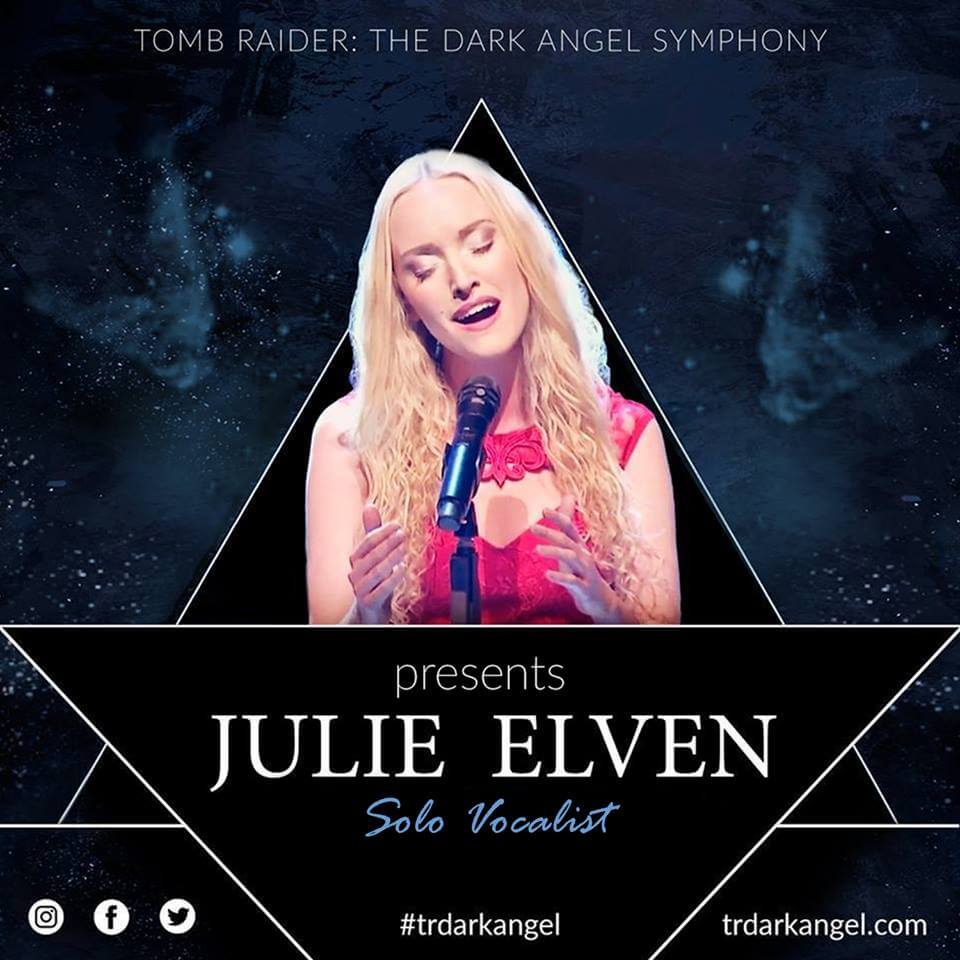 It is our pleasure to announce that solo vocalist, Julie Elven, will be working with us on Tomb Raider: The Dark Angel! Elven is an award-winning Soundtrack and Filmscore Vocalist based in Munich, Germany. She has featured alongside James Newton Howard and multiple orchestras, including the Czech National Orchestra, the North Netherlands Symphony Orchestra, and the Malága Symphony Orchestra. She is best known for her soloist vocal work on triple-A gaming titles such as Horizon Zero Dawn, World of Warcraft: Legion (plus many other famous titles by Blizzard Entertainment), Riot Games’ League of Legends, and more.