Tina Ljubenkov is a final year (B.A.) Film and Video student at the Arts Academy in Split (UMAS). As an award-winning photographer, she participated in many group photographic exhibitions as well as one group video installation exhibition. Throughout her studies she became a member of Kino klub Split and worked on several film projects on various positions, but her passion lies in both lighting and camera department.

Aside from filming, Ljubenkov has always been interested in videogames. This passion eventually led to becoming a content creator and videographer for British videogame website Tomb of Ash (associated with Crystal Dynamics and Square Enix). She’s been raiding tombs since ‘98 when she got her first game on PS1, Tomb Raider III. Her preference are classic Tomb Raider games, although she has a weak spot for some of the newer games. She attended the Shadow of the Tomb Raider Reveal Event in London as an official community ambassador. 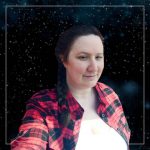